Creation and Musical Journeys of an Australian Musician

World weary Australian troubadour Jona Byron is touring throughout Europe and now creating a new album over a few weeks in a remote cabin in the north of Iceland. I spoke to Jona about his experiences to write and record in Iceland and how Europe has changed him as an artist, and also his plans to return to Berlin…Hier geht´s zur deutschen Version

Interview and pictures by Tina Bauer 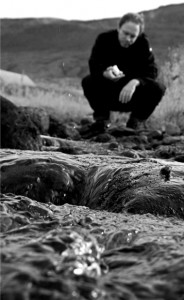 Jona, I heard the demo of your new song titled “Dead Horse”. The song is about a horse that died tragically in a ditch. Although the song is about death, there is also a positive message in the lyrics regarding the cycle of life. In what way has Iceland inspired you to write this song?
Iceland has inspired me in many different ways, but this particular song was written in Svavar Knútur’s cabin after he showed me the skeletal remains of a horse that once fell into a ditch on the property and died there. I became inspired to write about the horse’s life and death and all things that live and die in nature’s arms.

You are currently in Iceland during your tour through Europe, writing and recording songs for a new album in the cabin of musician Svavar Knútur, in the remote north of Iceland. Why Iceland?
Well, my visit has been planned for a while, since before leaving Australia and I was already booked to play Melodica Festival in Reykjavík and when I was in Berlin I got the idea of writing and recording a fresh album here. I’m just about to hitch back to the cabin in Skálá to start recording. I find Iceland a very inspiring country to write in, and this is the first time I have really began to write songs with different subject matters, with an emphasis on nature, the landscape and the cycle of life.

And can you tell more about this process to create a new album?
My time up there has been broken up between touring the countryside with Svavar and sorting out my Visa information for my return to Germany, but I have managed to write over ten songs, many which are still in development, and a couple have been inspired by a friend of mine who took her own life, just before I left Australia. In the two separate weeks I spent up there, I walked around…climbed the mountain behind the cabin and came up with many inspired ideas for songs, but only a handful I truly liked as the weeks went on. But now I am closer to recording an album I can proudly stand by. The landscape of Iceland has also inspired me to make a documentary of my time here and the creative process, considering the country is often like a painting come to life with it’s foreboding rock mountains, ancient lava fields and low clouds…it’s an amazing place to experience and document. It also means that these songs are forced to shape organically, and I find this new album I am writing to also be about the healing process after loss or hardship. In fact I find Iceland, at least out there in the remote cabin, to be a perfect place to heal and appreciate the wild things and the natural surroundings.

Would you say touring and playing throughout Europe has changed you as an artist?
Yes, Europe has changed me a lot as a singer/songwriter, especially in the sense of being a traveling troubadour. All my experiences thus far I would say have made me a better musician and a more intense songwriter, and I think that is because I have been on the move since leaving Australia early this year and I have not always had an easy time…having my credit card stolen and emptied in Spain and in Paris I played a film festival with friend and musician Mijo Biscan (Lamplight), and I went a little loco in Paris while coming off anti depressants, and I was drinking and climbing rooftops and walking the streets of Paris at night and meeting all these strange characters and even homeless people living in cardboard boxes and tents above the train station. It was surreal and often tragic, and I felt a need to visit the underworld of these places at that time. When I returned to Berlin, my music had changed deeply, as if I was a different artist.

It sounds like you have been through some big changes and turmoil, how would you say your music has changed because of this?
Because of my experiences and struggles with traveling, I am changed and continue to evolve more rapidly. I think towards the end of my time in Melbourne, my music personally sounded a little naïve and jaded because I hadn’t had these experiences…I had been living safe for too long, and was mainly writing about heartbreak or social turmoil. I think you can hear the difference now in what I wrote and recorded then and what I am writing and recording in Europe now. In fact I recently realized that to fully express myself in my present life I have to put any unfinished recordings to rest. So therefore I am on the verge of releasing a digital album called ‚Bovine / Tender Creatures‘, which is a collection of recordings spanning over five years in Melbourne, Australia.

It´s true that on your whole tour within the Melodica community, meeting Svavar, is a recurring part. Can you explain the Melodica community and describe the Melodica co-writers workshop with three talented Icelandic musicians you helped coach in Djúpavík, Iceland?
The Melodica Festival community is a network made up of singer songwriters from many different countries to form what is called ‚The International Troubadour Conspiracy‘. I met Svavar back in Melbourne when he toured last year. I knew of Svavar as a respected artist and a Melodica organizer in Iceland, and I organized a few shows together and we really connected. He’s an outstanding and extremely supportive human being and a dear friend. I owe him a lot as he has done a lot for me here in Iceland. As for the Melodica co-writers workshop, it was organized by Svavar. Myself and three young Icelandic musicians, Halla Norðfjörð, Jóhann Kristinsson and Daníel Jón, all piled into a tour van in late August and went to a remote point in the North West called Djúpavík (where Sigur Rós have once recorded and performed) and spent three days there co-writing songs and we ended up writing eight songs together and all became pretty tight during the process. It was a special experience to meet these awesome young songwriters, and perform the songs at Melodica festival in Reykjavík, and lend them some of my mature insight.

On October 3rd you give your Iceland farewell concert in Reykjavík. What are your plans after, will you be returning back to Australia?
I play my farewell concert on October 3rd at Café Rosenberg in Reykjavík with special guests, including Svavar Knútur and the Melodica co-writers workshop and Myrra Rós also. It’s gonna be huge! After that I return back to Berlin, not Australia at this time.

Why Berlin? What you will doing there?
I have been in the slow process of laying down tracks in Berlin, and trying to make it my new home. I have lived in Australia all my life and now I am in my late 30’s and it’s time to try something new, live in a new country, discover new cultural diversities and meet new people. Berlin is a very artistic and affordable city for artists and you can basically reinvent yourself there if you have the will. Plus I find German people to be very supportive and always open minded towards life. I have been really well received there and look forward to continuing my work there as an artist and finish this new album I’m recording here in Iceland. 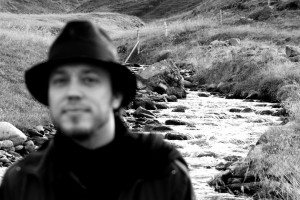 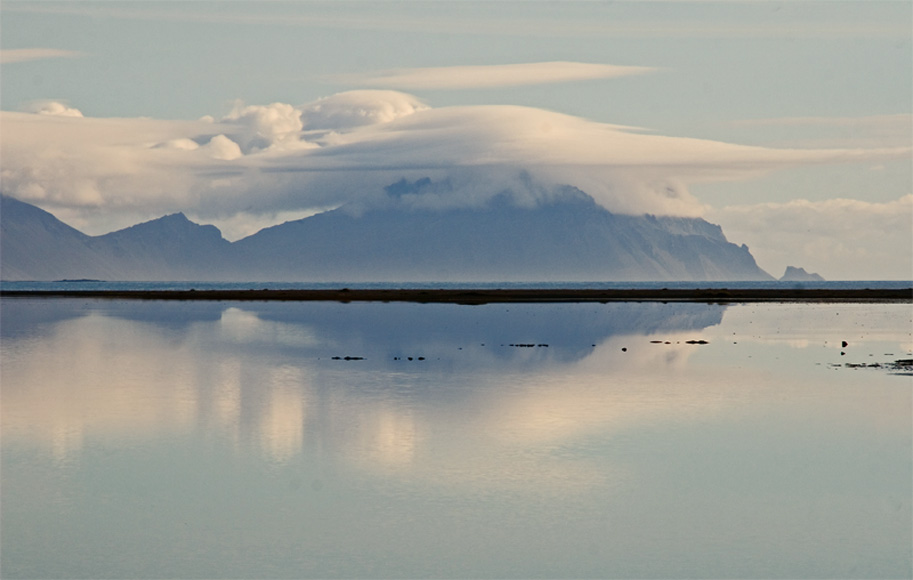